The other night I read–well, actually just perused—Malinowski’s Kiriwina: Fieldwork Photography 1915-1918–an amazing book about the Polish-born father of modern cultural anthropology’s stay in Papua and the Trobiand Islands. He went to New Guinea and studied the inhabitants there with unprecedented rigor. I also listened to an Argentine pianist named Bruno Leonardo Gelber play Beethoven’s magnificent sonata #14, the Moonlight Sonata. Then I turned to French photographer Robert Doisneau, looking at images he took of Les Halles, the famous French outdoor marketplace that dated back to the 14th century, only to be torn down in 1971 by President Pompidou to build the much-reviled Centre Pompidou / Beaubourg. Some called it an oil refinery posing as a cultural center, and many Parisians lamented the loss of the famous market. It was torn down because some were saying that rats, disease, and vermin were thriving there because of unsanitary conditions. It always seemed to me to be vaguely conspiratorial and reminded me of what happened to Chavez Ravine, once a planned public housing community designed by Richard Neutra, only to be deemed a communist conspiracy by McCarthyites. The housing project’s main proponent, Frank Wilkinson—then Assistant Director of Housing Authority of the City of LA–was put on trial and sent to prison on trumped-up charges. It was the early 1950s. Bad timing. Red Scare. Better Dead than Red. Los Angeles got a new baseball team and the stadium instead of much needed public housing, designed by Richard Neutra at that.

Though I might seem like a dilettante, I’m curious about things and this–to me anyway– just shows what amazing access we have to so many facets of life and history. Why do so many people prefer watching Fox TV and sitcoms? We not only have the world of books, we have the endless stream of information on the internet and youtube. We have more access to information than any generation in history, and my evening the other night just shows how eclectic and varied it can be. 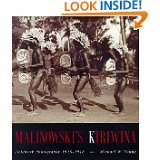