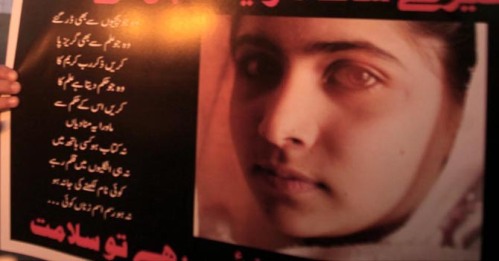 By Jasmin S. Kuehnert
In a blog I wrote several weeks ago, I mentioned the new law passed by the government of the Islamic Republic of Iran that bans women from 70 plus majors at colleges and universities in the country. The new law has sent angry shock waves throughout the country as young women search for an alternative course of action in pursuit of higher education.

You see, the Islamic Republic of Iran never expected that its mandate of providing access to higher education to both men and women, it would be women who would be flocking to universities. As the number of women attending universities in Iran surpassed those of male students, the country was suddenly faced with a highly educated, career-minded, and politically aware female population, the likes of which were never imagined by the government. Today’s university graduate female in the Islamic Republic of Iran is able to support herself, may choose to postpone marriage, move out of the family home to rent her own apartment with other single female college graduates, travel and engage in discourse concerning protecting women’s rights. This sudden surge of highly educated and globally aware women must be a terrifying thought for a government hell-bent on keeping women in second/third class status. So, what better way than to address this so-called problem, by stopping women from pursuing higher education, or at least for now, from having access to over 70 fields of specialization. After all, an ignorant population is easier governed than an educated and awakened one.

If the Islamic Republic of Iran can justify its new law on whatever reason it sees fit, it is of no surprise, though sickening and heartbreaking to stomach, to hear of the brutal shooting of Malala Yousufzai by Taliban militants. To the Taliban, education as we know it is anathema to their religious and philosophical doctrine and an educated female must be the pinnacle of all that is depraved and immoral. The more ill-informed and unaware, the more docile and pliable the populace, the more easily manipulated and kept in check and exploited.

By Tom Schnabel
It’s funny how the mind creates unexpected associations. When I read about Malala Yousufzai, the 14 year-old Pakistani who was shot in the head by Taliban militants, I thought of two plays I read in college. The first was by Gerhard Hauptmann, an 1892 play called The Weavers. In it the weavers are displaced by industrial factories, go on strike, are beaten down and go mad. The last line was “life doesn’t make sense anymore!”

The other play was by Romanian playwright Eugène Ionesco, called Rhinoceros. It dealt with totalitarianism, and in it everybody was turning into pachyderms except the hero, who cries out at the end (I read it in French so that’s what I remember) “Je ne capitule pas” — I won’t surrender.

Sometimes the world doesn’t make sense. The thought of a teenage girl being shot for her activism in championing girls’ right to get education is completely abhorrent. When I first wrote these thoughts down, she had a 50/50 chance to live. Thank goodness she wasn’t murdered. She is in Britain now, but the Taliban has vowed to finish the job, and already men purporting to be relatives have been trying to get into the hospital. Fortunately it seems like the MI6 and hospital security is onto them, but nothing is certain.

Malala is a symbol of freedom and courage for all women and for all of us. May she fully recover and remain safe from this truly totalitarian, ignorant, and blasphemous plot.