In the current male-dominated society of Iran, where men vie for positions of power with questionable academic degrees (see our 6/20/13 blog), the government has set out to restrict women’s access to over 70 academic university degree programs. I wrote about this last year in a blog post on how the government of Iran justified its decision to bar women from studying in 70 plus programs because it saw a disparity between the number of women enrolled at universities versus men. If more women are motivated to pursue higher education versus men and select fields that were once attracting male students, why are they being penalized?

Months before I wrote the piece about the restrictions placed on female students in pursuing certain university degree programs in Iran, I’d written a blog post that women represented 60% of enrollment at Iranian universities and more women than men pursued advanced degrees. 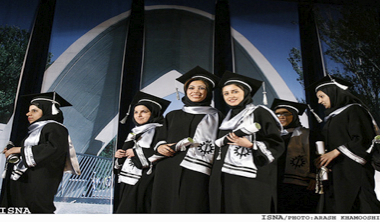 More women are entering the job market and earning salaries at times higher than their male counterparts, foregoing or postponing marriage, and sharing apartments with female friends. Embracing this new way of life brought on through financial security and their marketability based on their education has allowed women in Iran to question the socio-political problems in their country. If you recall images of the 2008 elections in Iran, where allegations of election fraud brought hundreds of thousands of protesters into the streets, the prominent faces we saw were not just of men, but young women calling for reforms.

It is easy to see that a vocal, educated, independent class and gender, in this case female, is a threat to a regime that has succeeded in keeping its women in second or third class ranking. Limiting access to higher education, especially academic programs that lead to financial security, is one way of curbing or derailing that evolution.

Given these restrictions, there’s a revolution happening in Iran, albeit a sexual revolution. Reports are coming out of Iran by travelers and reporters of sex parties where alcohol and drugs abound. One article appearing on the on-line magazine salon.com speaks of these sex parties and rebellious behavior that go against the grain of the religious morays of the regime. The author of the post says: “…despite the strict moral policies of the Islamic Republic, young Iranians were listening to music, dancing, drinking alcohol, and socializing in new ways. Western dress and makeup were ubiquitous…parties where famous DJs played techno music, Absolut vodka and Tanqueray gin were served, and female guests mingled with “western guys.” Although house parties were common among the middle and upper-middle classes, lower-class youth threw parties in abandoned warehouses or at secluded outdoor locations, serving homemade liquor and playing music on “boom boxes” or car stereos. Young Iranians also indulged in premarital and extramarital sexual escapades.” Restrictions are only fueling the people’s motivation and determination to challenge them.

Another new development is the growing interest in self-empowerment activities such as the martial arts and parkour amongst young Iranian women. The practice of the martial arts has always been popular in Iran mostly amongst the male population but now women are entering the field.

If women can’t get into degree programs in engineering, for example, there’s always another way of building strength of mind, body and spirit, and what better way of honing those skills but by taking on the rigorous practices of martial arts whether its judo, ninjutsu, jiu jitsu, and tae kwon do or even the physically challenging parkour. 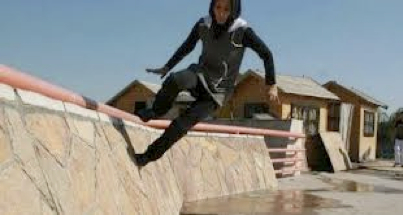 If they are not sparring on the mat in the dojo, young women across Iran are putting their physical abilities to test by jumping from rooftops, catapulting themselves over stairways, scaling walls of building, and summersaulting over moving cars. Watch this video of some young women engaged in parkour: http://www.youtube.com/watch?v=Ij_Apn5b_hM#at=16

While the men are jockeying for positions of power with dubious degrees and claims of academic achievements, Iranian women are training themselves, consciously or unintentionally, to be the true warriors and future leaders.