The Difficult Life For Those Born Albino In Africa 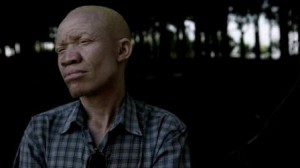 Joseph Torner from the film, In the Shadow of the Sun

There is a new film about being born albino in Africa, In the Shadow of the Sun. The name derives from the classic book, The Shadow of the Sun by Polish journalist Ryszard Kapuscinski. In this moving narrative, the author talks about Africans, dispossessed of their history, who simply walk around large shade trees all day to gain refuge from the sweltering heat and sun.

This holds true for Africans born with albinism. Superstition has it that black people can’t be born with white skin; the devil and sorcery must be involved. As such, superstition and traditional thinking also has it that such people must have otherworldly powers either from the devil or witchcraft. Such unfortunate albinos are murdered and their body parts sold. It is a terrible underground economy. Murdering tigers and black rhinos for gall bladders and horns to sell on the Chinese market for aphrodisiacs is tragic enough; killing albinos for similar reasons is perhaps even more horrific, depending on how you feel about endangered animal species.

The new film is by Harry Freeland and it tracks the life of an albino man in Tanzania named, Josephat Torner as seen in this video trailer. Click here to watch.

A more famous albino is Malian superstar Salif Keita. He was scorned in his youth for having white skin. Rejected and lonely, he would roam the fields nearby his home and sing to the birds. A neighbor heard him and complimented him on his powerful and beautiful voice. He went to the Malian capital Bamako, joined the band at the rail station which became known as The Rail Band and later Les Ambassadeurs du Mali, and rose to stardom for his incredible music.

He told me about the pain of being ostracized when I interviewed him. I put it in my book Rhythm Planet: The Great World Music Makers (Rizzolli). Salif affirms his differences from other in a beautiful song called, “La Différence”. In the song he sings that what makes somebody different also can make them beautiful.

Here are the lyrics. Keita opens the song singing in French, then switches to Mandeng:

There is a beautiful photo of Salif’s daughter on the cover of the 1995 album Folon: The Past by photographer Matthew Donaldson. 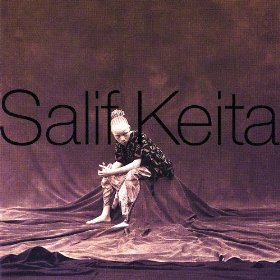 There is also a message in the CD booklet:

If you want to help Salif Keita’s fight for albino people, please send your gift to SOS Albino, Post Box 133, 93511 Montreuil, Cedex, France. I found this link online from the president of SOS Albino (it’s in French). In it, the President of SOS Albino, Thièmo Diallo, appeals to the African public for fuller understanding on what actually causes albinism in hope for an end to superstition and fear.

Make sure you tune into my show at http://www.kcrw.com/music/programs/cl