9 Recent Episodes of Cheating, Fraud, and Scams in Education from Around the Globe 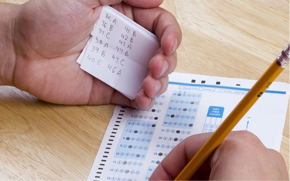 We probably all share a common misconception that except for a few bad apples in school who are caught cheating on a test, the education system is functioning and has safeguards in place against mass cheating, credential fraud and financial scams. Alas, our schools and universities–the bastions of higher education and research-are not the safe havens we think but the learning grounds for cheaters and scam artists. We can place the blame solely on the students, especially, where cheating has become part of the norm. As the old saying goes, it takes two to tango, and in education, whether at the secondary or tertiary level, those responsible for setting the curriculum and benchmarks for progress and access to higher tiers in the education system must also take responsibility.

Following the thread from last week’s blog post on detecting fraudulent credentials, we’d like to share a few recent examples of blatant acts of fraud and cheating that share a common theme on a global scale. In countries with few seats available at their institutions of higher education and where admission to a university is solely based on performance on a final exit examination, we can see the extreme measures students and sometimes students aided and abetted by their families are taking in order to pass. We see this happening in countries like China, India, and Egypt, for example. Then there are those countries that embrace an open market economy with little regulation on the emergence of private, for-profit institutions that mislead their recruited students by admitting them into programs with little hope of completion or future employment opportunities while saddling them with huge student loan debts. We see this happening here in the U.S. and in Russia where after the collapse of the Soviet Union, there was a rapid rise of private universities offering degrees with dubious curriculum and instruction.

Let’s look at the latest news on the cheating that is now rampant in three countries that captured the headlines in international education news media. This is cheating on a large scale, not isolated to one school, or town, or a group of rebel students, but has become a part of the cultural mindset. 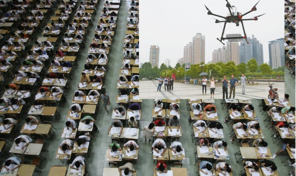 Yes, you read this correctly. China is now using drones to hover over test takers to catch anyone in the act of cheating on the National College Entrance Exams. Where you have exams that determine a person’s future, from access to higher education or not, and if accepted, to the long-term impact on their future job, one can understand the serious pressure placed on the young people and their families which may push them to resort to unethical tactics such as cheating and fraud. Those caught by the drones cheating have been arrested. http://time.com/3914087/china-drones-cheating-exams/ 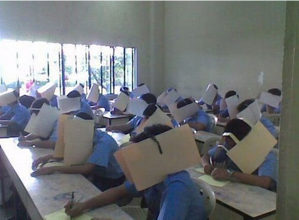 Image: How to prevent cheating on exams?

Students in Egypt are so brazen in their cheating that they have no qualms in beating the proctors and using social media for answers to the questions. The Ministry of Education has taken great measures to secure the annual exams but so far it appears the students are winning. Maybe Egypt needs to take cues from China and get a few drones?
http://www.usnews.com/news/articles/2015/06/19/helicopters-scanners-no-match-for-egypts-exam-cheats?src=usn_Fb 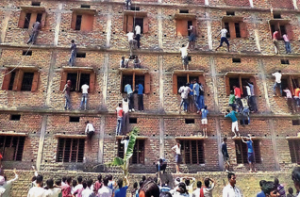 India has been in the news recently with mass cheating that took place in Bihar where thousands of family members scaled the walls of an examination hall to help the students cheat on their finals. This resulted in the expulsion of 500 students and arrest of 300 people which included parents and even policemen who were complicit in the cheating extravaganza.
http://www.universityworldnews.com/article.php?story=20150326203322304 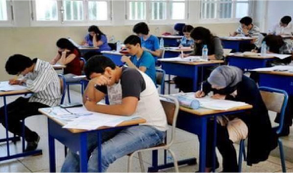 Morocco is made it a law that any student caught cheating will receive a two-year prison sentence.
The Ministry of National Education is taking these tougher measures to fight cheating at the national baccalaureate examination (taken at the end of high school and required for admission to universities). Law enforcement specialized in detecting cheaters will be patrolling examination centers http://www.moroccoworldnews.com/2015/06/160558/morocco-students-who-cheat-in-exams-will-face-up-to-2-years-in-prison/ 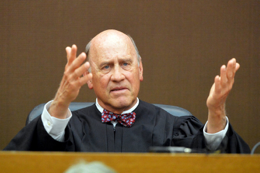 In April 2015, a judge in Atlanta, GA, found 10 public school teachers, principals and administrators guilty of conspiring to inflate student’s final exam grades. For more on this story, click on these three links:
http://www.washingtonpost.com/local/education/eight-atlanta-educators-in-test-cheating-case-sentenced-to-prison/2015/04/14/08a9d26e-e2bc-11e4-b510-962fcfabc310_story.html

Now, let’s take a look at other varieties of cheating that are not directly related to exams but to misrepresentation and committing fraud at various levels of academia. 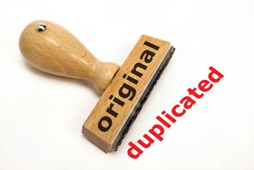 Though plagiarism is not exactly similar to cheating on exams, using another’s published work and claiming it one’s own without crediting the original source is an ethical concern. The result of a doctoral research study on this topic concludes that plagiarism exists at Nigerian institutions of higher education and that those engaged in the act did not fully comprehend what plagiarism is. The same was true of the lecturers at the universities who too like their students weren’t completely unclear on what plagiarism is and were not aware of the serious ethical implications.
http://www.universityworldnews.com/article.php?story=20150609151735677 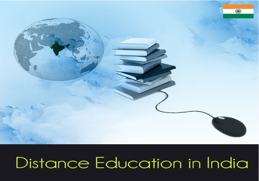 There is also the case of open and distance learning programs offered by institutions of higher education deemed universities which have been found by the University Grants Commission (UGC) to be in serious violation of existing rules and regulations. The UGC is warning students and parents to be cautious when selecting such programs as several of these universities had not been granted recognition to offer “online” programs and have been doing so without the approval of the UGC.
http://www.thehindu.com/todays-paper/tp-miscellaneous/tp-others/distance-learning-keep-your-eyes-open/article7340864.ece 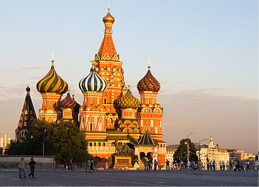 In a move to regain control of higher education institutions, especially newly established private universities, the Ministry of Education and Science of Russia will cut the number of universities by 40% and university branches by 80% by the end of 2016. This is in accordance with a federal plan that is designed to improve and develop education during 2015 to 2010. There are currently about 593 state and 486 private universities which have 1,376 and 682 branches respectively. The Ministry sees this rapid rise in number of institutions, especially private universities, as one that is out of control and a close review has shown that the quality of education by some is subpar and unsatisfactory with some rubber stamping diplomas without requiring much instruction and classroom attendance.
http://www.universityworldnews.com/article.php?story=20150417043945585 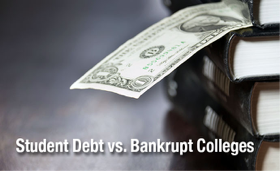 The story of Corinthian Colleges is that of the quintessential private for-profits that through unethical practices secured financial aid and defrauded the federal government from millions of dollars in student loans for students who never completed their education but are saddled with debt. Corinthian Colleges has since filed for bankruptcy and is under investigation. You can read more here:

The problems cited are not unique to one or two countries. We are facing an epidemic on a global scale and if we don’t take action and seriously evaluate our systems, we’re going to be trapped in the vicious cycle of more mass cheatings by tech and social media savvy students and continuous fraud in falsifying documents (let’s not forget the ever present booming industry of Diploma Mills) and misappropriating funds by private for-profit institutions lacking stricter oversight and regulation. As for the for-profit institutions, many may be closing shop here in the U.S., but they are turning their gaze overseas, a market ripe for the kind of wares they are selling, promising a U.S. degree at a high cost with little or no guarantees for future employment or access to other institutions of higher education.

One response to “9 Recent Episodes of Cheating, Fraud, and Scams in Education from Around the Globe”