20 Facts on the Origins of the U.S. Department of Education and its former Foreign Credential Evaluation Service (FCES) 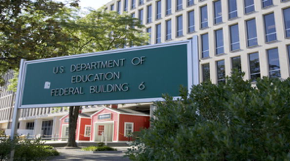 1. 1867 – President Andrew Johnson signed legislation creating the first Department of Education, a Cabinet-level agency, but concerns the Department would exercise too much control over local schools led to its demotion to an Office of Education [OE] in 1868.

2. As early as 1867, OE staff was publishing information on educational systems of countries around the world covering topics intended for governmental agencies and professors of comparative education at U.S. universities.

3. 1940s – The Comparative Education Section (CES) of the Office of Education became responsible for keeping information on educational developments around the world.

6. 1919 – The first request to have a foreign-educated person’s credentials evaluated was received by CES serving as the impetus for the formation of the Foreign Credential Evaluation Service [FCES].

7. 1960 – FCES was processing about 5,000 requests for international credential evaluations.

8. 1965 – FCES was processing about 8,500 requests for international credential evaluations.

9. 1967 – FCES was processing about 14,000 requests for international credential evaluations.

12. Evaluation reports prepared by FCES confirmed the U.S. educational equivalence of a credential in the form of a one-page checklist and did not provide any further details on the program studied, coursework completed, units of credit and grade equivalences.

13. FCES was supported through funds diverted by the OE from its CES. The FCES did not receive funds through budget appropriations for its services.

14. 1963 – The Commissioner of Education requested a report from the Education and World Affairs [EWA], a private, nonprofit educational organization funded by the Carnegie Corporation and the Ford Foundation, on the role of the OE and its services to U.S. educational institutions.

15. 1964 – EWA submitted its report and recommended that CES needs to increase and bolster its research activities and eliminate the FCES.

18. By the time the CES was dissolved in the late 1960’s, it had a staff of 25 of which six were specialists in comparative education, with six research assistant and thirteen clerical staff.

Today, the US DoE’s official role is to set conditions for appropriation of federal funds for research, educational facilities, financial aid and education-related projects. The evaluation of international educational credentials is carried out by private credential evaluation agencies, educational institutions, state licensing boards, or professional associations.

Sources:
US Department of Education: http://www2.ed.gov/about/overview/focus/what_pg2.html