Brexit and its Impact on U.K. Higher Education 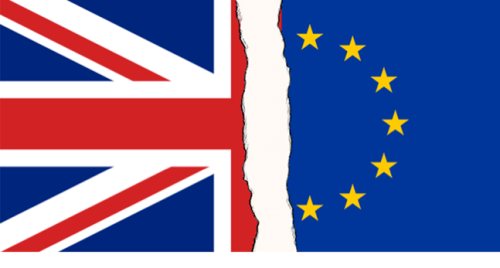 On Thursday, June 23rd, with a margin of 52 to 48 percent, British Citizens voted for the United Kingdom to leave the European Union, spreading uncertainty and confusion among its universities and educators.

For a quick (and I mean quick) primer on the UK, watch this highly informative clip: https://www.youtube.com/watch?v=rNu8XDBSn10&feature=youtu.be

Those in higher education opposed a British exit, or Brexit, from the EU. They view a severing of ties with the union as a detriment to collaborations in research, free movement of faculty, scholars and students. UK universities are concerned that the exit will have a severe impact on these international collaborations.  An exit from the union, also means that and end to E.U. funding which U.K. universities were receiving, an issue which they now have to ensure will be addressed by the government guaranteeing the continuation of funds and support.

As far as research collaborations are concerned, many opponents of Brexit argued that an exit from the union would prevent British academics from participating in E.U. research programs, such as the Horizon 2020, a program which is funded at nearly 80 billion pounds (approximately $88 billion) over a span of seven years.

Another issue which has U.K. universities concerned is about student mobility and whether it can still continue to participate in the union’s Eramus+student exchange programs? Will having to pay higher international study tuition fees deter students from the E.U. from attending U.K. universities?

According to a June 24, 2016 post on Inside HigherEducation: “Under the terms of the Lisbon Treaty, the U.K. has two years after it notifies the European Council of its intent to withdraw to negotiate a new agreement governing its future relations with the union. As the BBC reports, the referendum is not legally binding on Parliament, which must take action in order to initiate the U.K.’s separation from the E.U.”

For a positive spin on how Brexit may impact higher education, click here: http://www.independent.co.uk/student/news/eu-referendum-result-brexit-leave-remain-higher-education-sector-students-a7100106.html

One thing is certain, and that is we can’t assume with Brexit business will continue as usual. Change is coming, but what that change will be and how it will affect U.K. higher education is for us to wait and find out.

One response to “Brexit and its Impact on U.K. Higher Education”