Recognition of refugees’ qualifications – Norwegian and European experiences and solutions 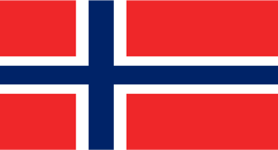 Early and effective evaluation of refugees’ qualifications and skills, including those refugees who hold qualifications but lack proper documentation, is a critical measure to ensure that refugees are able to enter the labour market or pursue further studies as quickly as possible. As a result, both society and the individual can benefit from rapid and effective integration processes.

The Lisbon Recognition Convention clearly states that the Parties are committed to the establishment of a system for recognition of qualifications held by refugees, displaced persons and persons in a refugee-like situation. This applies even in cases in which the qualifications obtained cannot be proven through documentary evidence (Article VII).

Since 2005, Norway has attempted to implement a special recognition procedure for this target group. In 2012, NOKUT developed a unique recognition scheme for refugees, displaced persons and persons in a refugee-like situation. The UVD-procedure is a centralized recognition procedure administered by NOKUT. Academics from HEIs assist NOKUT, through a thorough and structured process, to reach legally binding decisions on recognition.

In 2015, with the record-high numbers of arrivals of refugees in Europe, NOKUT saw the need re-think recognition procedures for refugees. NOKUT and UK NARIC proposed the idea of establishing a European Qualification Passport for Refugees, bearing in mind the legacy of the Nansen passport.

In the 2016 pilot project – NOKUT’s Qualifications Passport for Refugees – the methodology was tested. The procedure has already become part of the Norwegian recognition scheme, with a focus on the integration of refugees.

In 2017, a similar methodology will be the basis for a pilot project in Greece, administered by the Council of Europe and Greek Ministry of Education, Science and Religious Affairs, to test out a European Qualifications Passport for Refugees. In the Erasmus+ funded project Toolkit for Recognition of Refugees, in which several European partners participate, a testing of similar methodology will carried out.

NOKUT believes the Qualifications Passport for Refugees is the optimal tool for recognition of refugees’ qualifications. In the procedure, higher education qualifications are assessed based on available documentation and a structured interview. The resulting document, in addition, summarizes and presents available information on the applicant’s, work experience and language proficiency. Bearing this in mind, the document aims at providing credible and reliable information essential to integration and progression towards employment, upskilling and admission to further studies.

Stig Arne Skjerven is Director of Foreign Education at NOKUT (Norwegian Agency for Quality Assurance in Education) and Head of the Norwegian ENIC-NARIC, where he oversees the recognition of foreign qualifications in accordance with the Lisbon Convention and advises policy in the areas of education, recognition, labor markets and integration. Prior to his time at NOKUT, Stig Arne was the Director of Academic Affairs at Aalesund University College, Norway and a political adviser for the Association of Norwegian Students Abroad (ANSA). He has gained additional experience from various national and international committees and working groups on higher education and has presented at several international conferences and seminars on themes such as recognition, policy, marketing and recruitment. Stig Arne is currently a member of the EAIE General Council, the ENIC-NARIC Board and the Drafting Committee of the global convention of recognition of higher education qualifications.