The Annual AACRAO Conference this year was held in Minneapolis, MN which marked the third and final stop on my Midwest tour of international education-related conferences. Representing both the Association of International Credential Evaluators and the Academic Credentials Evaluation Institute, Inc., speaking at three sessions, hosting and moderating the 2017 AICE Symposium meant I had a full plate with little time to catch my breath or sightsee. Nicolette Mall, where the Convention Center and the Millennium Hotel I was staying at was under heavy construction leaving the Downtown deserted with little or no evidence of life other than the two thousand AACRAO attendees milling about the Skywalk. Apparently, the construction has been underway for four years and still in progress in preparation for the Super Bowl.

Joined by fellow AICE Endorsed Members Beth Cotter and Aleks Morawski and ACEI’s Marketing Director, Laura Sippel, the early days of the AACRAO Conference kept us occupied with booth duty at the Exhibit Hall and reception hopping in the evenings. 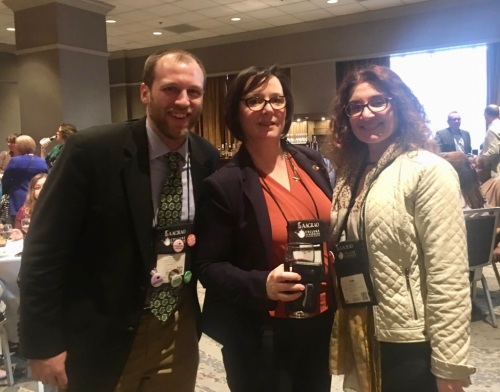 Though I didn’t attend the Opening Plenary with Garrison Keillor as the featured speaker, I made sure not to miss the Closing Plenary with Danny Glover and Felix Justice as featured speakers, and was not disappointed. Mr. Glover and Mr. Justice spoke of their experiences during the Vietnam Era, the struggles of Civil Rights movement, and ultimately Mr. Glover’s advice that what truly matters, is the connections we make with others and the lives we impact.

The AICE Symposium “Setting the Standard for Graduate Admissions: Three-year Degrees and Other Admissions Challenges” was kicked off with a wonderful reception at the Mission American Kitchen Bar and Grill. Invited guests, including AACRAO President, Jim Bouse, AACRAO Deputy Director, Melanie Gottlieb and representatives from U.S. universities, AACRAO staff, and AICE Endorsed Members and Affiliates were all in attendance. To say the reception was a smashing success, is an understatement! 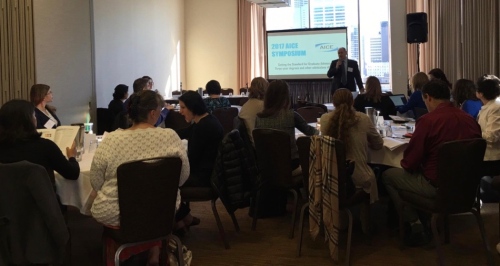 This ends my Midwest tour! My next adventure takes me to the Southern Hemisphere, where I will be attending the Gronningen Declaration Network in Melbourne, Australia, to be one of its invited signatories. Stay tuned!