15 Facts on Cuba and its Education System

On December 17, 2014, U.S. President Barack Obama announced plans to normalize diplomatic relations with Cuba and ease economic restrictions on the nation. The President also said the U.S. will move towards re-opening its embassy in the communist nation and allow some travel, education and cultural exchange and trade that had been banned under a decades-long embargo instated during the Kennedy administration.

With recent developments in the renewal of diplomatic relations between the US and Cuba, we thought it would be good to start the new year by sharing a few facts on Cuba and its education system. 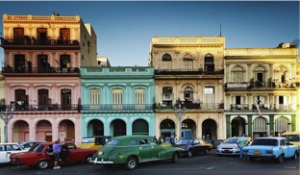 1. The official name of Cuba is the Republic of Cuba.

2. Cuba is the largest of all islands in the Caribbean. The country also includes more than 4000 other much smaller islands and cays.

3. The capital and largest city of Cuba is Havana or “La Habana” in Spanish.

5. Original indigenous inhabitants of Cuba were the Guanajatabey people followed by the Ciboney and Taíno tribes. In 1492, Christopher Columbus arrived on the island and claimed it as a Spanish territory.

6. Cuba remained a Spanish colony until the Spanish-American War of 1898 when the country became part of the United States. The country was given independence in 1902.

7. The United States had a strong influence over the island until 1959, when communist revolutionaries, led by Fidel Castro, overthrew the Government of Batista. Castro himself stepped aside in 2008 due to health complications succeeded by his brother Raul Castro as President.

8. The United States pays Cuba approximately $4,085 a year to lease the 45 square miles that the Guantánamo Bay Naval Station occupies. Cuba has not accepted the payment since 1959.

9. Cuba is renown for its music, bands play everywhere in the capital Havana. The main musical form is called son, which is a combination of upbeat rhythms with classical guitar.

10. Sugar from sugar cane is the main crop grown in Cuba, followed by tobacco which is used in the making of hand-crafted cigars that are famous for being the finest cigars in the world.

11. Nickel is Cuba’s most important mineral resource at 21% of total exports in 2011 nearly 4% of the world’s production.

12. In a traditional Cuban meal the food is not served in courses, instead all the food is served at the same time.

13. Baseball is the most popular sport in Cuba by far. The country is also dominant in boxing and has produced a number of Olympic boxing champions. Other sports of interest include basketball, volleyball, cricket, football (soccer) and athletics.

14. The game of dominoes is extremely popular in Cuba. 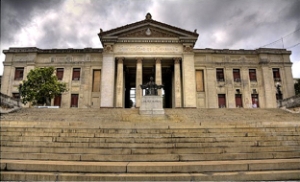 1. Since 1961, the educational system in Cuba has been run by the state nationalizing private institutions at all levels of education

2, The education system is 100% subsidized by the government, meaning that Cuban students at all levels can attend school for free. The Cuban government has been investing a substantial part of its budget into education for many years.

3. According to a 2014 report by The World Bank, Cuba has the best education system in Latin American and the Caribbean and the only country on the continent to have a high-level teaching faculty. The World Bank Report also praises Cuba for its success in the fields of education and health, with social services that exceeds those of most developing countries and, in certain sectors, are comparable to those of the developed nations. The country’s social system that ensures state-sponsored universal access to education and health services has helped Cuba to achieve universal literacy, eradicate certain diseases and provide universal access to safe drinking water and basic public sanitation. Cuba now has one of the region’s lowest infant mortality rates and longest life expectancies.

5. Cuba is also the nation in the world that allocates the highest share of its national budget, 13 percent, to education.*

6. Education is compulsory for children from the ages of 6 to 16.

7. Students attend primary school for six years, after which they proceed to basic secondary or high school for a period of 3–4 years.

9. From an early age, children are indoctrinated in their schools with the government’s political beliefs of communism. Parents who violate this code by teaching their children contrary doctrine face the prospect of prison.

10. All universities and technical schools are run by the Ministry of Higher Education (Ministerio de Education Superior – MES). The MES is responsibilities include managing the schools, regulating teaching methodology and courses, establishing educational policies and ensuring all the schools comply with government standards.

13. Political Clearance: Students must be cleared by the Committee for the Defense of the Revolution before they are allowed to take the university entrance examinations. Students demonstrating good political standing in relation to their Communist beliefs receive a letter of approval allowing them to take college entrance exams. Students with a “poor” political standing may be “blacklisted” from furthering their education.

14. Distance education is available for students in Cuba to study for a professional career. There are approximately 15 centers for distance education throughout Cuba providing degrees in the following career choices: History, Law, Finance and Accounting, Economics and Science and Technology. Requirements for distance education include completion of secondary education, one year work experience and being between 25 and 35 years of age. Male students must also show proof having completed mandatory military service.

15. There are three stages in the university system which include the following:

• Stage 1– The Licenciatura (Bachelor’s degree equivalent) or professional degree (Titulo) is the first stage of university studies requiring completion of 4-5 years of study. A degree in medicine may require 5 to 6 years to complete.

• Stage 2 – The second stage of higher education consists of three levels: Diplomado, Maestria and Especialista. Within each of these levels, students must complete a minimum of 200 hours in theory, practicum and internship. Upon completion of this stage, which generally lasts for two years, students are awarded the degree of Diplomado, Maestria or Especialista (equivalent to the Mater’s degree).

The Academic Credentials Evaluation Institute, Inc. (ACEI), was founded in 1994 and is based in Los Angeles, CA, USA. ACEI provides a number of services that include evaluations of international academic credentials for U.S. educational equivalence, translation, verification, and professional training programs. ACEI is a Charter and Endorsed Member of the Association of International Credential Evaluators. For more information, visit http://www.acei-global.org.

5 responses to “15 Facts on Cuba and its Education System”