Russian Rock: Then and Now

I was Music Director of KCRW and host of Morning Becomes Eclectic during the 1980s and we did regular programs featuring the latest in Soviet-era Russian pop and rock music. Back then, the Cold War was alive and well, with Reagan and Brezhnev regularly rattling their swords. Jazz guitarist Pat Metheny once told me that as a kid in Lee’s Summit, Missouri, he played near missile silos with ICBMs (Intercontinental Ballistic Missiles) aimed at the city then called Leningrad (now re-Christened St. Petersburg). During the mid 1980s, Pat spent a month in St. Petersburg, playing free shows for all people, not just politburo big-wigs or people with connections. He thought about his new friends and admirers–and about those ICBM’s. Such was the Cold War. It all ended in 1991, just when I was leaving KCRW to take a job at a record company. 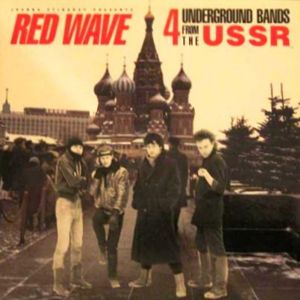 1986 LP featuring: Aquarium, Kino, Alisa, Strange Games. Material had to be smuggled out of the USSR and released in the US.

A journalist from Riga, Latvia, named Sergei Zamascikov was a regular guest host, bringing with him the latest LPs from The Soviet Union. He worked for the Voice of America in LA, and was the go-to man for news or commentary on Russia. He got our first call when the Soviet Union was falling apart, with Gorbachev in his dacha and Boris Yeltsin on the tank. Sergei also arranged for flamboyand Russian writer Yevgeny Yevtushenko to read his famous poem Babi Yar at KCRW back then. The Soviet writer showed up, looking dashing in a shiny silver suit.

Together we played music by two of the biggest groups: DDT and Aquarium. Rock music, like jazz, is always viewed with suspicion by dictatorships: both are creative vehicles of free expression. DDT once even played live on Morning Becomes Eclectic. And the famous Russian group Aquarium, like DDT, would get banned and only be available on pirate cassettes, underground recordings that were much sought after by young people there. In 1986, the LP Red Wave was released in the US because a producer smuggled recorded material from the USSR of underground bands Aquarium, Kino, Alisa, and Strange Games.

There was a recent article in the New York Times is about Boris Grebenshikov, who is back in the news. Boris Grebenshikov founded the group Aquarium in Leningrad in 1972. The Kremlin’s radio station is now using one of Aquarium’s underground 1980s ballads: “Love in The Time of War” to promote its official policy toward Ukraine and Crimea. Grebenshikov is not happy seeing his song used as government propaganda. When he wrote it, it pointedly criticized Soviet ideology and tactics during the cold war. Now the Russian establishment is embracing Aquarium’s songs, something neither he nor the band ever wanted. It was a passionate anti-war song!

Here is the band Aquarium performing on the David Letterman show back in the 80s:

Here is more Aquarium footage of them performing in the USSR before an adoring crowd: 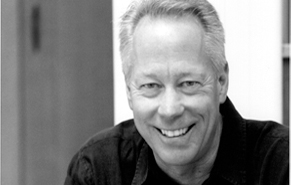