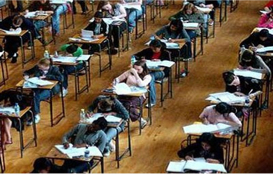 When I was a secondary student in the UK, we were preparing ourselves in Form V for the General Certificate of Education (GCE) Examinations at the Ordinary Level and the Certificate of Secondary Education (CSE) Examinations. Several years later, when I returned to the UK as a member of a U.S.-based research group, we gathered data and information on the sweeping changes that ended the GCE O’levels and CSEs and introduced the GCSEs and a new tier of exams known as Advanced Subsidiary that were introduced in concert with the General Certificate of Education Advanced Level examinations. Soon, the system will undergo another series of changes and this time it is a shake-up of the GCSE grade system as well as the content of the examinations. Starting in 2015, students in Form IV/year 10 will be subject to a new grading system. A key goal of the new grading system is to offer more differentiation, especially among the highest achievers and the large number of students who hover in the middle grades.

Under the new system, students will be graded on a numerical nine-point scale replacing the current seven-point A*-G grading system. In the new system, nine will be the top grade and one will be the lowest. The main goal of these reforms is according to a post in The Guardian “to bring England’s exam benchmark up to the level of students in the world’s leading economies such as China, as measured in the international Pisa education survey.”

Here are some key points, dry that may be, that are being considered for the new grading system:

1. The changes will be introduced starting in From IV or Year 10 in September 2015 and the first examinations under the new system will be held in summer 2017.

2. New GCSEs in England language, English literature and Mathematics will be the first set of subjects introduced and graded under the new system, with more new subjects to follow in September 2016.

3. The boundary for the new grade five will be set at about half to two thirds of a GCSE grade higher than the current requirement for a grade C.

4. The new grade four will correspond to the current grade C. Under the new system middle and top performing candidates will be better distinguished as they will be spread among six different grades (four up to nine), and not the present four (C up to A*).

5. Under consideration is equating the new grade seven boundary to the current Grade A baseline which provides three top grade bands instead of two and keeping Grade 9 as a supergrade for exceptional performance.

6. Students receiving a grade one in the new GCSEs will be at the same achievement level as those with a grade F or G in the current system.

For more information on the new GCSE grading system, please visit The Guardian’s post on this link: http://www.theguardian.com/teacher-network/teacher-blog/2014/apr/03/gcse-grading-system-shakeup-teachers.