Monday, September 2, 2013 is Labor Day, in the U.S.  It marks the end of the summer vacation season and families around the country will celebrate the holiday with road trips, picnics, barbecues, parades, sport and other outdoor events.  Labor Day is an annual celebration of workers and their achievements and originated in the late 1800s at the height of the Industrial Revolution in the U.S. Labor Day now is a federal holiday and most Government offices, schools, and, businesses are closed.

For those who may not know the origins of this federal holiday, it’s worth noting that Americans in the late 1800s worked 12-hour days and 7-day weeks. Kids as young as 5-6 years old worked in factories. Workers of all ages, particularly the very poor and recent immigrants, faced extremely unsafe and unsanitary working conditions. Workers were allowed to take Christmas, Fourth of July and every other Sunday off. It was the labor activists who forced employers to stop sending kids into mines, glass factories, canneries, textiles and other placed to work long exhaustive hours day and night. The labor movement helped end child labor, and brought about better conditions for workers, including the eight-hour work day with which we are familiar today.

Here are ten things to know about the origins of Labor Day and labor-related facts:

1. The idea for creating a holiday to honor workers was proposed by either Peter McGuire of the Brotherhood of Carpenters and Joiners Union Secretary or Matthew Maguire of the International Association of Machinists. (US Dept. of Labor) sometime in the early 1880’s.

2. On September 5, 1882, New York City held the first Labor Day parade. It is estimated that 10,000 workers participated. (US Census Bureau) Not all employers supported the idea, but many union workers took the first Monday in September off anyway. Some unions levied fines against workers who did go into work. Inspired by the celebration in NYC, similar events took form across the country. By 1894 more than half the states were observing what was then called a “workingmen’s holiday” on one day or another.

3. In 1887, Oregon becomes the first state to make Labor Day a legal holiday.

4. In 1894, President Grover Cleveland and the U.S. Congress make it a national holiday.

9. 15.9 million is the number of wage and salary workers age 16 and over represented by a union in 2012. This group includes both union members (14.4 million) and workers who report no union affiliation but whose jobs are covered by a union contract (1.6 million). Source: U.S. Census Bureau, 2011 American Community Survey, Table C24010 (http://factfinder2.census.gov/faces/tableservices/jsf/pages/productview.xhtml?pid=ACS_11_1YR_C24010&prodType=table)

10. 70% is the projected percentage growth from 2010 to 2020 in the number of personal care aides (607,000). Analysts expect this occupation to grow much faster than the average for all occupations. Meanwhile, the occupation expected to add more positions over this period than any other is registered nurses (711,900). Source: U.S. Bureau of Labor Statistics (http://www.bls.gov/ooh/)

Have a safe and happy Labor Day! 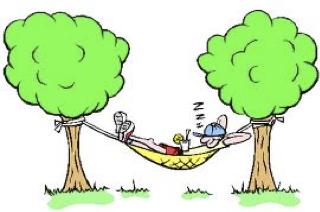