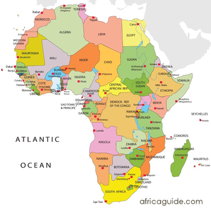 In the past few months, government crackdowns on students and faculty protests at many African countries have disrupted and temporary halted classes and in some cases led to the indefinite closures of universities affecting thousands of students.

Here’s a look at some of the countries affected:

In August 2017, the teaching staff at the University of Kinshasa voted to continue their strike to express their unhappiness in solidarity with academic staff of several other institutions in the country over non-payment of salaries and the failure of reaching a resolution with the government. For more on this topic, click here.

Students at the University of Nairobi are finding themselves in the crosshairs of politics brought on by the country’s elections and strike by lecturers. As a result, on October 3rd, following a rash of student unrest, the University of Nairobi Vice-Chancellor Professor Peter Mbithi announced the indefinite closure of the country’s second largest institution. Earlier, the students had protested against police use of excessive force and sexual harassment at the universities of Nairobi and Maseno.  On October 8th, Mount Kenya University shut its doors due to continued student protests and strikes by professors. For more on the university closures in Kenya, click here.

Since March 10th, thousands of students have found their studies suspended because of partial or total closure of the private universities which failed to meet satisfactory standards of teaching. According to a report in UniversityWorldNews, 10 universities were given until September 2017 to raise their standards, or risk being closed permanently. An update of their status is not available.  For more on the university closures in Rwanda, click here.

Awareness of these events is key for international credential evaluators and institutions of higher education whose students may be from the countries cited above. These students may not be able to procure their transcripts because of the problems back home. With universities temporarily or indefinitely closed, students from the affected institutions will have a difficult time in requesting official transcripts and those who have been able to obtain their records may show gaps in their studies due to the temporary halt in their studies.

For further information on the world education systems and credential evaluations, visit our website at www.acei-global.org or contact ACEI at acei@acei-global.org.