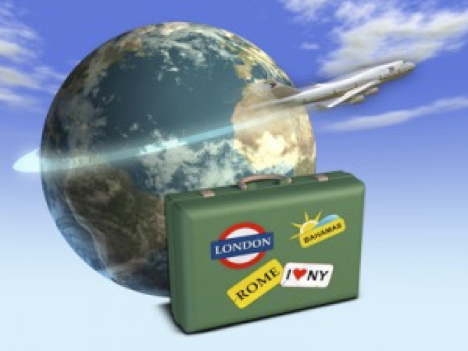 Learning by doing is one of the most powerful, and rewarding ways to enter into another culture. I studied the French language for 12 years before finally going to France, and it was there that the desire to “become French,” overwhelmed me. As an avid people watcher, I love to observe body language, gesture, facial expressions, and attitude. So, I perfected the art of mimic. I returned to the states and studied the language for another 3 years and when I could afford it, I took vacations in French speaking lands–– islands being my favorite.

Growing up in Los Angeles I also fell in love with the Mexican culture. It is inescapable in terms of cultural celebrations, holidays, and the coming and goings of daily life. As far as I am concerned, it is a necessity to learn to speak Spanish if you live in L.A. Of course you can stay on the surface, and observe others from afar, but what fun is that? To fully experience life in the multitude of Spanish speaking populations of the city, you have to do some cultural shape shifting.

I have found that my eagerness to relate is always well received and it opens up doorways to completely new and fascinating worlds hidden just under the surface of daily life. Ones that can make the most mundane trip to the corner store a richly rewarding experience.

I have only lived in Germany for about two years now, and I am trying to learn by doing, but I have not tried to mimic this time. I absolutely refuse to raise my voice 5 octaves when given the customary ciao––Tschüsss! Grown men over 25 go completely falsetto when saying it. Everyone does.

I do admit to a language deficit, but I always start off by saying, “Mein Deutsch ist nicht so gut, Ich komme aus Kalifornien,“ my German is not so good, I come from California. By looking at me they just assume I am German, and they get a funny look on their face when I try complicated sentences, poorly. So, I’ve found that by offering an explanation up front, things usually go quite well from that point on. The Kalifornien always breaks the ice. The more fluent I become, of course the more I learn about how life here works. Here are three important things I have learned about my new land.

The taxi cab driver that came to take us to my husband’s first doctor’s visit, post hip-replacement surgery, recently had a knee replacement himself. He came from Turkey a number of years ago, and spoke flawless German. I listened to the best of my ability as the two men exchanged stories and chatted in the front seat. It slowly came out that they had been at the same, quite famous Orthopedic Hospital for their surgery and recovery.

In addition, in Germany, everyone stays in the hospital for two weeks of monitoring and the beginning of physical therapy/ rehabilitation. The insurance companies pay, knowing they will still make a profit, because two weeks in the hospital in Germany is still cheaper than a second, more complicated surgery. It has been shown that 2 weeks of post-operative care, lowers the recidivism for most surgeries.

Wow–– It astonished me to learn that costs are structured, and social thinking dictates that absolutely everyone can get great care, and be given the exact same physical therapy and rehab, and go to one of the many “Wellness/ Rehab” centers throughout the German countryside.

On top of it, imagine that the Taxi Company in Bremen allows this recuperative time, and with full pay! Of course there are those who are privat versichert, those that pay for “Private Health Insurance” versus the Government mandated insurance everyone must have, the gesetzliche Krankenversicherung.

The privat patients do get priority with doctor’s appointments and surgery schedules, because the doctors and institutions make more money off them, and know they will always be paid without tedious Insurance Carrier negotiations.

The last time I was in New York I learned that the taxi cab drivers in the city all own and are responsible for their own cars, which was news to me, and I am sure that the Senegalese driver who told us that, did not have the opportunity to get the same medical treatment as his Turkish counterpart in Germany. I am pretty sure he did not get paid rehabilitation for a month in the countryside or a city clinic.
In Los Angeles, the taxi drivers are often educated professionals, immigrants from other countries. They are classically trained musicians, doctors and dentists from the Ukraine, Iran, India, or you name it. I am pretty sure that they also don’t have the opportunities for care that the taxi drivers in Germany have.

Cities get inventive when it comes time to collect more revenue. In Los Angeles the car is still the dominant mode of transportation, however, the city is installing a very much needed rail system. The last time I was in Los Angeles, I took the first chance I could to ride the rail between Culver City and Exposition Park. I got a TAP card and happily passed on the traffic jams, and cost of driving and the exorbitant cost of parking. The Expo Line Phase 2, due to be completed by 2015, will connect Downtown Los Angeles and beyond, directly to the beach in Santa Monica. They still have to create an access system to get through the city to the Metro Rail Depots, but that will come. Check out the budding system : http://www.buildexpo.org/

But back to revenue. On the car dominant streets of Los Angeles, the costs vary; a jay-walking ticket – $191, a parking ticket-up to $68, a speeding ticket $210 and more, and let’s not talk about texting while driving.

First of all, Europeans would laugh in the face of police-person who tried to give them a jaywalking ticket, as it is done all the time. However, here, I am one of the few who cross against the light at a street corner! Everyone, waits for the light to turn green before walking, even when there are no cars around for city blocks.

Now that I live in a place with an amazing mass transit system, I have learned to never get caught trying to ride for free on the city trams, and definitely, not more than 3 times. Each violation costs 40 Euros and after the 3rd time it goes on record as a criminal offense. I remember thinking it was like our 3-Strikes Law in California. A bit over-the-top. The tram cost is 2,40 Euros one way for all destinations farther than 3 stops, so pretty much everyone pays, and the system runs great.

I know it costs more in Manhattan, something around $100 per offense. And the jury is still out in Los Angeles, as the whole inner-city rail concept is just now being brought back to life. At one time, Los Angeles had one of the most extensive light rail systems in the country, so I am sure the city will figure that out.

I learned by using the wrong, small piece of paper. I mistakenly used the receipt-for-the-purchase-paper (who knew?), paper-clipped together with the bunch of tickets my father-in–law had given me.

I stamped them in the machine inside the tram, as I had seen others do, and when the tram-police-guy came up and asked for my tickets, (the first and only time to date) I proudly handed him the stamped paperlet. He looked at them, gave a smug laugh, and told me they were Müll, trash. I was shocked, and tried to explain in my imperfect German that my father-in-law had given them to me, and I did not know the difference between them, so I did not think I used an invalid ticket.

It did not go over too well, trying to explain to him that I am not yet fluent with the language or the system. He asked how long I had been in Bremen and if I was a citizen. No, I am an American married to a German. Then he asked for my passport–– of course I didn’t have it. He did not like that answer, so I informed him I was a permanent resident and produced my card. He told me to learn German, and wrote me a ticket and admonished me not to develop a criminal record. Not fun. Public transport does not take kindly to fare evasion, it taxes everyone more.

Now that I am an immigrant, I just couldn’t help wondering what would have happened if I didn’t have my residency card…would it be something like not having your green card while Mexican in California? I think I will avoid that experiment.

Shopping for food is another way to begin assimilating into a new culture, and one that still comes with a bit of stress. In the markets, people are usually in a hurry, and everyone packs their own bags. There is no standing around while the checker or “bag-person” does it for you like in American markets, although we always packed our own bags in Los Angeles, much to the shock and appreciation of the clerk at the checkout stand. It seems only logical to help things move along.

In Germany it goes very fast, and between trying to pack my cloth bags, not break the eggs and translate in my head the amount the checker has just quoted me, I always break into a small sweat. Things can pile up quickly with the press of impatient shoppers breathing down your neck. You must learn to ignore them and pack with deftness and speed.

I remember the first Trader Joe’s in Pasadena on Arroyo Parkway in the 1970’, and until I moved to Germany I had no idea that it was bought by the German Aldi Nord Company, known here as Aldi. When I go to the Aldi discount market near us, I walk away with California Almond and California Walnut packages bearing the Trader Joe’s logo! However, I have to say, the Almonds are not as good as the California Almonds I get at the California Trader Joe’s. But it still makes me smile.

Buying food is different here. You absolutely have to go to the market every day, or every other day, max if you want to have fresh produce. The produce here does not last more than 2-3 days in the fridge. That is good on one hand, because you know with certainty that nothing has been done to prolong the freshness. It is bad on the other hand, because it takes more time, and is especially not fun in sub-zero temperatures to run out for lettuce and tomatoes.

Fresh Hummus here from the Turkish fruit and vegetable stand is utterly delicious and goes bad after two days, so I manage to eat it up. In the states, Hummus can last for a week in the fridge. Same goes for all dairy products.

Occasionally a piece of fruit, usually one out of season, will rot from the inside out. Aha! Evidence of being previously frozen. But I still prefer that to artificially prolonged food. I never understood why the Horizon Organic Half and Half lasted for a month? That just ain’t right. 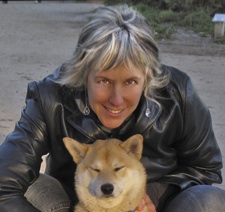