Education For All – A UNESCO Challenge 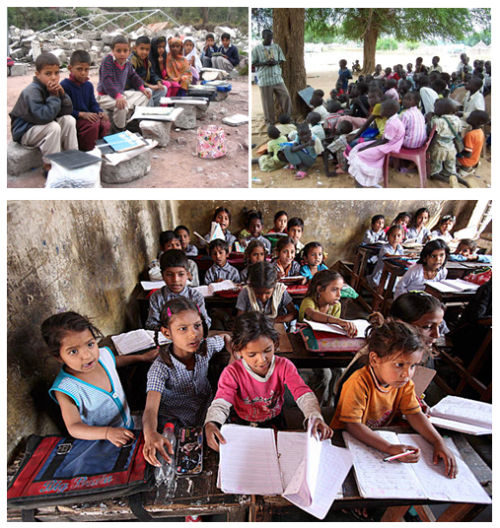 On September 13, 2016, ACEI’s President and CEO, Jasmin Saidi-Kuehnert was interviewed by CCTV (China Central Television)-America on the current state of education and literacy around the world.

The United Nations has admitted that It has been unable to meet its goal of getting all of the world’s children into school. Right now, some 263 million children and youth are out of school. The United Nations has previously set a goal of educating all children by the year 2030. A new report from UNESCO, however, says that this goal is too ambitious and that at the current rate of progress this goal cannot be met until the year 2042.

The inability to avail universal education to children has broad implications for not only societies, but also economies.  We need to ask the following questions:

UNICEF answers these questions in its 2007 report which may be summarized into one word: lack. The inability of the poorer countries to meet these goals has to do with the capacities of their governments and those in public office.  Lack is the key obstacle to providing children access to free primary school education. There is lack of both financial (absence of a functioning tax base and budget priorities) and human (absence of skilled manpower) resources.  There is a lack of responsibility on the part of governments refusing to accept obligations without political commitment to do anything about it. There is lack of coordination between the different branches of governments and its various offices. There is also a lack of knowledge and appreciation for the benefits and values of education. Uneducated and illiterate parents may not realize that they too have an obligation to make sure their children are schooled and educated.

Where there is a deficit in a strong education plan, we will see country’s overall health and social and economic success in peril.  As Jasmin Saidi-Kuehnert stated in her interview: “literacy is currency.” A nation of educated and literate people is one that can pull itself out of its vicious cycle of poverty and economic stagnation.