As ACEI’s President and CEO, Jasmin S. Kuehnert, embarks on her trip to Hong Kong next week where she’ll be attending the APIEA http://www.apaie.org / Conference and presenting a session on “Partnerships and Collaborations with EducationUSA, higher education communities in the U.S. and the East Asia Pacific,” we thought it would be interesting to share some facts about Hong Kong.

5. Hong Kong has more Rolls Royce’s per person than any other city in the world.

6. Hong Kong has the most skyscrapers (classified as building with more than 14 floors) in the world; double that of its nearest rival: New York City. 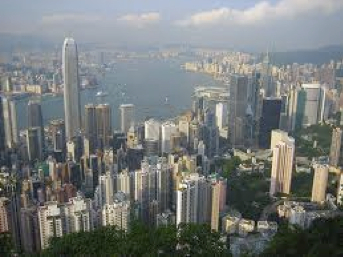 7. Hong Kong is counted amongst the most densely populated areas of the world.

8. Hong Kong was taken over by the British forces after the defeat of China in the Opium War of 1842. On July 1st, 1997, Hong Kong became a Special Administrative Region of China.

9. The emblem of the reunification of Hong Kong with China is Sousa Chinensis (the Chinese White Dolphin)

The Flag of Hong Kong

10. The terrain of Hong Kong is pretty hilly and there are outdoor escalators in the Central district of the Island.

11. Every year, between April and May, residents of Cheung Chau Island organize a bun festival. It’s intended to keep hungry ghosts residing on the island content. They build a tower of buns, but lately they use plastic instead of the real baked version.

12. The Hong Kong dollar is the eighth most traded currency in the world.

13. In Hong Kong, architects take Feng Shui (wind/water elements) http://en.wikipedia.org/wiki/Feng_shui into consideration in the design and construction of buildings.

14. For nearly 40 years, Sam’s Tailor http://samstailor.com/ , the famous tailor in Burlington Arcade in Hong Kong is reputed to have made clothes for heads of state and celebrities like Margaret Thatcher, George Bush, Bill Clinton, Prince Charles, Pavarotti, and Michael Jackson.

15. The 1955 film “Love is a Many Splendored Thing,” based on a romantic novel about an American war correspondent (played by the actor William Holden) who fell in love with a Hong Kong Chinese doctor (Jennifer Jones) in the run up to the Korean War was filmed in Hong Kong.

17. Eating noodles on one’s birthday is considered by the residents of Hong Kong to afford one a long and blessed life.

18. The saying “Only mad dogs and Englishmen go out in the midday sun,” originated in Hong Kong. The writer Noel Coward wrote the words referring to the Noon Day Gun in Causeway Bay fired every day at the stroke of midday since colonial times. 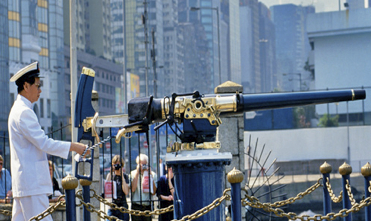 19. The Tsing Ma Bridge is the world’s longest road and rail suspension bridge and a Hong Kong landmark.

20. As for education, Hong Kong government extended free education in the public section from 9 to 12 years effective 2008/09 school year.

And, here’s one more bonus fact: