15 Facts on Education in Developing Countries 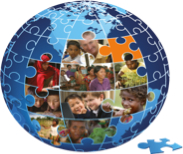 According to UNICEF’s January 2012 report, all children must have access to primary education that is free, compulsory and of good quality. Universal education and gender equality and empowering women are vital components of this mission. Educating children helps reduce poverty. Education will give the next generation the tools to fight poverty and conquer disease. School also offers children a safe environment, with support, supervision and socialization. Here they learn life skills that can help them prevent diseases, including how to avoid HIV/AIDS and malaria. Children may receive life-saving vaccines, fresh water and nutrient supplementation at school.

Many countries have committed themselves to more than the achievement of universal primary education. They are also looking at expanding universal education so that it includes several years of secondary school and a new basic education. The challenge of keeping children in school after primary school is great. UNESCO reports that when lower secondary-school-age children are counted in, the number of out-of-school children is doubled, as more than 72 million adolescents in this group are out of school.   The barriers to school attendance at secondary level resemble those at primary level, but those barriers are intensified. The cost of secondary schooling is often higher than the cost of primary schooling and therefore more difficult for families to afford; secondary schools are further from home, often requiring transportation; and the conflict between educational aspirations and the potential income that could be earned by a working adolescent becomes greater.

We are now in the early months of 2014, yet progress in offering free, compulsory and good quality universal education in the developing nations has been slow. Overall, females have been the most affected with little or no access to educational opportunities which can be attributed to social, traditional and deep-rooted religious and cultural beliefs that are often the barriers they encounter and unable to overcome.

The following are a few facts about education in developing countries that show how it affects children and adults:

1. In most developing countries, public school is not free. The costs of books, uniforms, and teachers’ salaries are borne by the students’ families.

2. 67 million primary-school-age children are still denied the right to education.

3. As much as 115 million children of primary school age are not enrolled in school.

4. More than 226 million children do not attend secondary school.

5. Illiteracy is highest amongst females. In more than 20 developing countries, illiteracy rates amongst women exceed 70%.

7. While girls are less likely to be in school, boys are more likely to repeat grades or drop out altogether.

8. Educated girls and women are less vulnerable to HIV infection, human trafficking and other forms of exploitation and more likely to marry later and have fewer children. An education can help decrease the spreading of infectious diseases.

9. Children born to educated mothers are less likely to be stunted or malnourished. In fact, each additional year of maternal education helps reduce the child mortality rate by 2%.

10. The African continent has areas with less than 50% literacy among children ages 18 and under. In comparison, the youth literacy rates in South American and European countries are among the highest with 90-100% literacy.

11. In developing, low-income countries, every additional year of education can increase a person’s future income by an average of 10%.

12. Ethiopia: By applying an education sector plan with affirmative action towards girls, the country went from a girls’ enrollment rate in primary education of 40% in 1999 to 90% in 2008.

13. Burkina Faso: The Government management to change the label of girls’ education from ‘worrisome’ to ‘progress’ within a couple of years. The number of girls enrolled in school increased 73% between 2002 and 2008, and increasing numbers of girls are continuing onto secondary school.

14. A 10 to 20% increase in women’s wages is associated with each additional year of schooling.

15. When women and girls receive an income, they re-invest 90% of their income into their families, as opposed to 30-40% for men.

Clearly an educated world is a healthier and more humane world for all.

13 responses to “15 Facts on Education in Developing Countries”